About Us - Our Team

Paul is a seasoned tax and accounting professional for over 30 years. He started his CA career with Coopers & Lybrand, an international accounting firm (now known as PriceWaterhouseCoopers). After obtaining his CA designation, Paul joined Revenue Canada (now known as CRA) as an income tax auditor working extensively on small business income tax audits, specializing in restaurants, bars and underground economy business audit. He worked his way up and became Senior Income Tax Auditor and specialized in income tax audit on large corporations. After spending several years with CRA, Paul was recruited by KPMG, one of the Big Four international accounting firm as a Tax Manager. While working at KPMG, Paul specialized in owner-managed businesses, advising small business owners in owner-manager tax issues regarding estate and business succession planning.

Bringing his rich and in-depth expertise in tax, Paul started his own public accounting practices with specialty on tax consulting in 2000. Since then, Paul has established and grown Paul Chan Professional Corporation, in Richmond Hill, Ontario. The firm serves clients across Ontario and overseas. 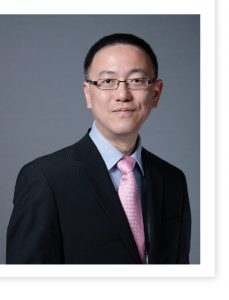 Michael has over 25 years of experience in various public accounting firms, including the Big Four. In addition, he also has industry experiences acting as Controller and CFO. His background includes providing advisory services to Boards of Public Companies and provides expertise in both International Financial Reporting Standards and US Generally Accepted Accounting Principles.

Denis had been a long-time veteran officer from CRA. He had spent over 22 years for Revenue Canada (“CRA”) as a Tax Auditor, Appeal Officer and Team Leader in the Audit Division of CRA. His last twelve years with CRA had been auditing Scientific Research and Experimental Development (“SR&ED”) Claims for small, medium, and large Companies. His experience in this area has been extensive – he has also been involved as guest speaker for public seminars on SR&ED while working for CRA. Denis is specialized in SR&ED consulting in both preparing the claims and assisting the audits. Denis is also very experienced in handling net worth assessment auditing techniques and has been successfully challenged many CRA net worth assessment for both personal and corporations level.

Wally has more than 30 years CRA tax office experiences as field auditor in different audit sections including personal, business and sales tax (“GST/HST”). Wally is specialized in assisting clients in income/sales tax audits/appeals. He is also experienced in representing clients in finding settlements with CRA on tax disputes.